Trust the team
Contact Us for a Free Consultation 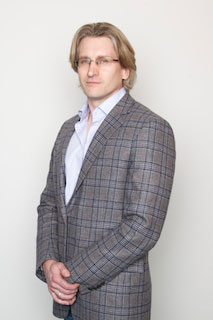 After realizing his philosophy degree wouldn’t actually keep him fed, Corey decided to attend law school at the University of Texas. He quickly gravitated towards criminal law and began working as a criminal defense law clerk for a prominent Austin defense attorney.

As a criminal defense law clerk, Corey met every day with people accused of serious crimes. He learned early on that one of the most important jobs of a defense attorney is to listen to his clients, understand their expectations and concerns, and develop a case strategy that gives them the best chance to have their expectations met. This is why no matter how minor or serious the case is, Corey’s first priority with all new clients is to sit down with them and listen carefully. Only after this initial interview does he open the State’s file and begin his investigation of the facts.

Although Corey enjoyed clerking for a criminal defense attorney, he knew that to truly understand the criminal justice process, he needed to be a prosecutor. So after law school, Corey applied for a position as an appellate prosecutor at the Montgomery County District Attorney’s Office. Although new attorneys rarely began their careers in the appellate section, the District Attorney was willing to give him a unique opportunity to start handling complicated felony appeals right out of law school.

Corey worked hard as a public servant, filing dozens of direct appeals and responding to over a hundred applications for writ of habeas corpus. During this time Corey learned first-hand the best, most effective strategies for prosecuting successful writs and appeals. He also learned the many pitfalls and mistakes that defense attorneys make on appeal.

During his career as a prosecutor, Corey lost only two appeals. He successfully argued for the State in dozens of post-conviction matters, including multiple oral arguments in front of the Ninth Court of Appeals.

After seven years working as a prosecutor, Corey decided it was time to begin a criminal defense practice. He joined Maginnis Pullan & Young as a partner in 2010, and began handling both civil and criminal cases. Although Corey specialized in post conviction matters as a prosecutor, in private practice he quickly developed expertise as a trial attorney. He has successfully tried both criminal and civil cases to a jury, and gained valuable experience negotiating monetary settlements in civil and family law cases.

However, Corey now focuses exclusively on criminal law matters. He enjoys guiding his clients through the often-complicated criminal justice system, challenging convictions through direct appeals and writ of habeas corpus applications, and fighting the State’s attempt to adjudicate or revoke his client’s probation.

You can read Corey’s blog to learn more about the criminal justice system. Corey tries hard to write from his clients’ perspective and to provide useful general advice and guidance on criminal defense matters.

Contact Us
Criminal Defense
Client Reviews
★★★★★
You could be feeding me to the wolves, but you are saving me by giving me an opportunity to start over. W.J.
★★★★★
You are an outstanding litigator, but as well, a very patient, genuine person, who I feel blessed to have met, even under these awful circumstances. B.F.
View More
Submit a Law Firm Client Review